Tim McCarthy talks about investing advice once your portfolio has gone up a lot and the issues associated from being overexposed from an over concentrated position. So the question is, what do you do when the stock market goes up at all-time highs and your position in US equities has gone up way ahead relative to the rest of your portfolio? Should you sell? Rebalance? Tim McCarthy writes about it in the US News article: With the Stock Market at All-Time Highs, Should You Rebalance?

Crain’s Wealth asked two investing experts for the strategies they would suggest to someone around the age of 50 who wants to shore up their retirements. Charley Ellis is the author of the bestselling investment classic Winning the Loser’s Game and the co-author of an upcoming book about how individuals, companies and policy makers can take simple steps to solve the retirement crisis. Tim McCarthy is the former president of Charles Schwab & Co. and the author of The Safe Investor. 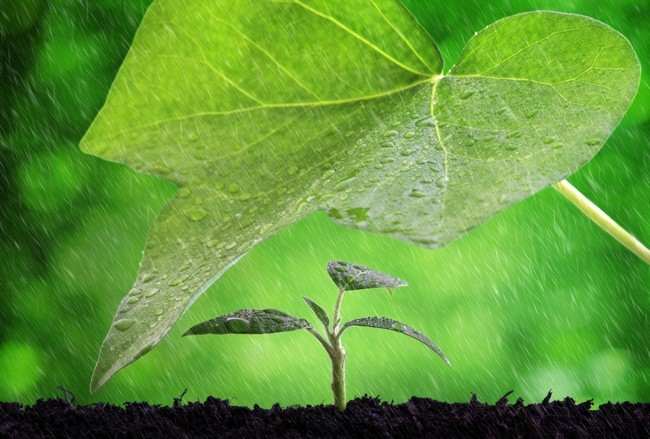 Check out the rest of the article on Crain’s site: 7 Basic Steps To Protect Your Retirement

Would I sell this product to my mother? Anyone who works in the financial services industry should be asking this question, says Timothy McCarthy, who presided over Charles Schwab for three years. Tim was a pioneer in popularizing investments through the concept of financial shopping. It was under his command in the 90s, that Schwab created an online trading platform for the brokerage business which increased Schwab’s market value from $12 billion to $42 billion.

McCarthy, who also presided over eight years at Nikko Asset Management, one of the largest asset managers in Japan, participated in the Expert 2014’s National convention in XP Investimentos.  Over 1,500 people gathered in Atibaia, in São Paulo, over the weekend.

In the book “The Safe Investor”, released in the U.S. in February, McCarthy teaches investors how to choose a financial advisor and invest safely. In selecting an advisor, he is adamant. The danger is where you least expect it, he warns. “Where people typically lose more money is with family members, close friends or someone you trust in the community,” he said.

McCarthy, who knew Bernard Madoff, the man guilty in 2008 of one of the most famous financial frauds, says that sometimes these people begin to cheat when least expected. “They go to the dark side of the force, as in Star Wars” jokes. Therefore, in addition to check the reputation of the advisor in advance, we must always remain vigilant. “Even if you know the person, get a second opinion. And not just at the beginning, but every year or so afterward,” he explains. McCarthy recommends to further evaluate the custodian that holds the assets invested.

The American writer advocates transparency in compensating financial advisors. The debate has recently grown in Brazil with the pressure of the Brazilian Securities Commission (CVM) for distributors to disclose to the client the fees they receive from distributing products. McCarthy says he has seen this trend in several of the markets in which has worked, such as China, Japan and England.

“The interesting thing is that when you disclose the information in the same format, in a way that enables the customer to compare apples to apples, he buys more,” he says, adding that the secret on pay leaves the investor wary and makes them buy less while transparency creates a trust. It’s like when you see an advertisement for a car in the newspaper. “If you do not have the price, you think, the cost will be expensive.”

Fee based compensation for advisors reduces conflicts of interest in the United States today compared to commission. For McCarthy, though, it still takes at least a decade for this model to migrate to something similar in Brazil. One of the reasons for it, are the regulatory barriers the Brazilian investors apply abroad. Until an investor can feel free to choose assets in their own country, having to make an overall global allocation generally needs the expertise of a financial advisor.

The need to build a global portfolio is of major importance for clients says McCarthy. “Brazilian regulators have to realize that investing internationally is very important for Brazil because it would decrease overall risk,” he says. Many people have the impression that investing regionally increases the risk, but also that the financial markets of all countries can fall together in a time of crisis, shortly after they tend to behave very differently, with some rising, while others falling. Thus, international diversification decreases risk.

The basis of his theory of diversification by the former president of Charles Schwab is the creation of three pockets: saving, investing, trading. Saving, provides liquidity during the short term. The investment pocket is the main portfolio allocation for investing and diversification. Trading is for those investors who want more engagement in buying and selling stocks.

The trading pocket is a pressure release valve for investors who may even give in to moments of panic and euphoria, but not touch the investment pocket. Although more trusting disciplined and consider applications in which frequent operations commissions eat profitability, the trading pocket is where McCarthy says people can give in a little to the human spirit, the desire to hit the market. It’s like alcohol, he illustrates. If the financial advisor to prohibit any trading by clients, some investors will cheat and do active trading without the advisor knowledge. “The question is not to say no, but rather to say how much? You can try to beat the market, but do not try it with all your money,” he explains.

Following formula to the letter, the investor needs to worry less about picking the best manager or most successful future asset class, says McCarthy. The important guideline to follow is to diversify broadly and allow time to smooth out volatility. The investor should look at these features in the same way you evaluate a French wine or a nut tree, it takes seven to ten years to come to fruition or bloom, exemplifies. “If you look at the tree in the early years, it will have no fruit.” If you have patience to wait, however, and eventually the harvest will be good.

To win in the long run, McCarthy says, you need to invest in products that do contain a degree of diversified risk. “The money is made by allowing the volatility to happen,” he says. Otherwise, the investor will leave 2-4 percentage points per year on the table, he says, that over time, this diversification into a variety of risk asset classes makes a big difference. Asked about the much talked about conservative profile of the Brazilian, he has a word of comfort. “I worked in over 50 countries and lived in about 25, they all say. We are more conservative and they all think in the short term, so this mindset of Brazilians is actually normal…”

McCarthy is a champion of independent financial advice. In the U.S., Charles Schwab was responsible for reducing the concentration of the advice made via banks. To him, Brazil must also evolve to a more independent style. People take financial advice in the bank, he says, by habit. “I strongly believe that we are prisoners of what we learn between 20 and 30 years,” he says. While the bank relies on the brand, financial advisors tend to gain more market share on the basis of good performance. For him, the investor tends to look increasingly for financial advice to select a reputable full time personal investment advisor. “Just like with your hair, do you always choose a hair salon because of the name on the store front or because your special Hairdresser makes you look pretty?” It is the same with investing.